where mountains and movies collide 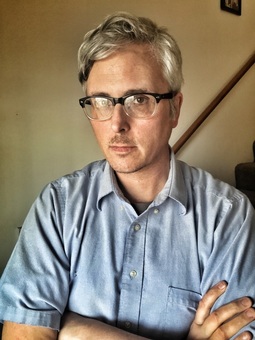 People love to laugh, and there is always a need for a good comedy. Humor is inherently anarchic and refreshing, in the way it supports the underdog and punctures blowhards and top-heavy institutions alike.

But writing a comedy -- whether for a short film, a feature, a play or a skit -- is a strangely difficult thing to do. Unlike other genres, when you fail at comedy, you fail hard -- the sound of no one laughing is unmerciful. Even Shakespeare had trouble with it.

Physical humor, irony, satire, surrealism and screwball dialogue are just some of the tools of the comic writer. But there are other techniques to creating comedy that can be applied to a script or situation to make something naturally funny, even hilarious. Less a genre and more a perspective, we will identify the essential elements of humorous situations and jokes, classify them into their rightful forms (anarchistic and romantic), and explore what it is that makes someone laugh.

From Ancient Greece and Shakespeare to romantic comedies, from Beckett to Dr. Strangelove, Monty Python, Woody Allen, SNL, Seinfeld, the Coen Brothers and beyond, award-winning filmmaker Paul Schattel will lead a formative discussion about what it means to be funny, and how to do it.

With a recommended pre-session Watch List and in-class clips, the participants will explore what it is that makes something humorous ... and leave with the tools to explain the inexplicable -- the elusive principles of comedy.

The seminar will take place Sunday August 21st, 2016, from 1- 5 pm, and will cost $75.  Register early with the following form and submit your 20% deposit or payment by two weeks prior to class to reserve your place.