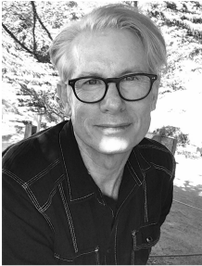 Bradley D.P. Hoover
Brad first caught the filmmaking bug during high school in 1974 while working as a production assistant on a friend's independent 16 mm short film.  After directing another 16 mm short in the 1980's, he continued learning the filmmaking craft and assisting on fellow filmmaker's projects.  In the 1990's, after moving to Seattle WA,  Brad continued his filmmaking career in positions that ranged from gaffer to director, and films that varied from commercials to independent features.  He has experienced the birth and evolution of digital film, and understands the benefits of both digital and traditional film, as well as the discipline that celluloid filmmaking instills.
During the expansion of his filmmaking resume on the west coast, Brad began teaching film production at the Seattle Film Institute, and more recently at their sister school,  Carolina Film Institute in Greenville, SC.  In the years in between, he was the head instructor for the former Blue Ridge Motion Pictures Film Institute, in Asheville, NC.  He has 18+ years experience teaching a variety of students and experience levels the craft of filmmaking, and we are honored to have him teaching again in Asheville, NC!

A great article by WNC Magazine on local filmmakers and filmmaking!

Posted by Asheville School of Film on Friday, July 3, 2015 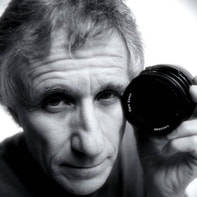 W.S. Pivetta, SOC
​
W.S. Pivetta is an experienced cinematographer, photographer, sound technician, and film editor. Over the past two decades he has worked on hundreds of film projects, including independents, commercials, music videos and feature films.  W.S. has been an instructor at Appalachian State University in the Department of Theatre and Dance, the former Blue Ridge Motion Picture Film Institute, and the Carolina Film Institute in Greenville, SC.  In his free time, he conducts film and cinematography workshops at various universities and film schools around the country. He is an associate member of The Society of Camera Operators.  His company, First Avenue Films, Inc., specializes in providing equipment support to professional and independent filmmakers, and his studio is located in Asheville, North Carolina. 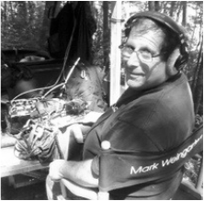 Sidney N. Williams is a professional Production Sound Mixer, local to the Western North Carolina region.  With over 30+ years sound recording experience, he specializes in film and video.  Sidney has an extensive resume of previous works that include numerous feature films, (i.e., Hunger Games, The Fugitive, and That Evening Sun), as well as hundreds of national news programs, (i.e., Dateline, 60 Minutes, and 48 Hours), and many television networks, (i.e., the History Channel, Discovery, TLC, and National Geographic). Sid has also worked on several Presidential interviews and many documentaries.  As a guest lecturer, Sid blends his experience of location sound recording and teaching into a valuable seminar for all filmmakers and videographers.

R. Lyon is a writer, actor,  and filmmaker currently living and creating in Asheville, NC. He (or she) expresses creative storytelling through poetry, song, short & long-form prose, short & long-form screenwriting, oral storytelling, comedy improv, and just about any other way that he can find.  His pursuit of Creative Writing began the moment he learned to read, and parlayed rapidly into participation in the theater arts.  He received his undergrad from Wilmington University in Marketing with a strong concentration in Creative Writing.  Following that, he was a finalist for the High Residency MFA Creative Writing fellowship at the University of Mississippi, studied Meisner Acting at the New York Studio for Stage and Screen, and is a proud alumni of Asheville School of Film.

His early recognition was for his submission to the Wilmington Drama League’s One Act Play Festival, where he received multiple awards including Best Director and Best Original Stage Play.  More recently, he was published twice in the WNC Woman magazine and has earned recognition for contributions to the 48hr film project in Asheville.

R. Lyon’s approach to teaching is centered around the goal of empowering creative storytellers.  The approach is to take the overly technical or contrasting theories of drama and creative writing, and re-package them to be understood and applied without hindering the creative spirit, but rather giving it the tools to truly shine.  He endeavors to make his lessons approachable, compassionate, meaningful, and applicable.   His philosophy is guided by a true belief that any one who seeks, shall find; who asks, shall be answered.  He believes that the more we learn, the more we learn we know nothing, and that we are all are here to explore that Great Mystery together— therefore, every voice is needed, and deserves to be empowered, cherished, and shared. 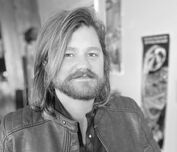 Blake Talley, an independent filmmaker, music producer, and graduate of Colorado Film School, brings his experience in directing, writing, shooting and editing to Asheville!   Blake recently completed filming and editing a docu-series, and has extensive training as an ABC news photojournalist, in addition to 15 years of independent videography, narrative film, and music production.

Blake is professionally trained in Final Cut Pro and Logic ProX, and has over a decade of independently running his own freelance videography business. Most recently, he has been pursuing a career in Narrative Film and Independent Music Production. He has trained many small businesses and independent musicians in social media marketing and networking, and has taken exhaustive online courses for the past three years in Facebook Ad Marketing, Instagram, and Email list building. A graduate of the internationally acclaimed Colorado Film School, he received two awards and scholarships for his short films there, and graduated with a 3.9 GPA. 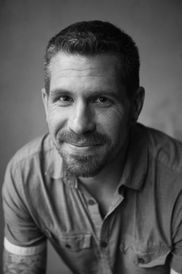 Joshua Overbay (MFA) is a director, producer, and writer of narrative feature films. In 2014, he released the award-winning feature film, “As It Is in Heaven.” After playing in theaters across the United States, The NY Times deemed it a “Critic’s Pick”, while The Hollywood Reporter described it as “ominous” and “quietly compelling.” Other major critics called it “absorbing”, “coolly mesmerizing”, “tantalizing”, and “devastating.” In 2015, his second feature film, "Hope Bridge," was released and can now be purchased at any Wal-Mart, Target, or Best Buy. Most recently, he completed principal photography on his third feature film entitled, “Luke and Jo.” It was released in 2018, and has already won numerous awards and festivals .
Before "As It Is in Heaven," Overbay garnered 30 awards for his short films. His film, “Transposition,” was a 2009 National Finalist for the Student Academy Awards. He has taught courses in independent filmmaking, screenwriting, directing, producing, and film history at Asbury University, Louisiana State University, and Western Carolina University. 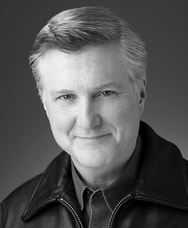 Kelley Hinman, a graduate of the Neighborhood Playhouse School of the Theater in NYC, has the unique background of directly studying with American Acting Technique founder Sanford Meisner.   With 35 years experience as a working professional actor in all areas of the craft from stage, film,
television, musical theater, and commercials, Kelley is able to integrate the Meisner technique he learned into his teachings to create a practical approach to develop the skills of actors of all levels and abilities.

Kelley also studied acting with another member of the legendary Group Theatre, Robert Lewis (Actors Studio, Yale Drama), as well as Suzanne Shepherd (The Sopranos), Sande Shurin (Star Power), and musical theatre with Lehman Engel (six-time Tony award winner).  A long-time member of the acclaimed Actors Co-op in Hollywood, Kelley received a Dramalogue Award for his performance as Dr. Wilson in TERRA NOVA and had leading roles in the LA Ovation Award nominated productions of GUYS AND DOLLS and SHE LOVES ME. He has worked with such notable actors as Joanne Woodward, Bryan Cranston, Kevin Kline, Dennis Quaid, Shirley Knight, Dylan McDermott, Allison Janney, Richard Erdman, and Sharon Lawrence, among others. A long-time member of the actors unions SAG, AFTRA, and Actors’ Equity (AEA), Kelley has worked under AEA principal contracts in NYC, LA, and regionally and SAG-AFTRA principal contracts in film, television series, soap operas, and commercials.  He additionally has performed in numerous Off-Broadway and LA theater productions, including Delicacies with Lily Mariye (ER), and The Wheel with Bryan Cranston.  Kelley's well-rounded background and thorough approach utilizing his experiences have allowed him to coach actors that have landed major roles in film and television (BETTER CALL SAUL, ATLANTA).

Kelley was a guest artist-in-residence at California State University at Long Beach for their M.F.A. program acting students in 2002-03 with leading roles in their professional theatre productions (Cal Rep), and is currently a guest instructor in Meisner technique for the YWAM Schools of Acting for the Screen and Digital Filmmaking SAS/SDF in Kona, Hawaii (2009-18), Brisbane, Australia (2012), and Dunham, Quebec (2016-18).  Kelley was a theater specialist with the Arts Education Branch of Los Angeles Unified School District, developing Arts curriculum and training teachers to integrate Arts instruction into their classrooms from 2001- 2007, before moving his family to Asheville, NC in 2007, where he has continued to work professionally in film, television, and theater (WHAT TO EXPECT WHEN YOU’RE EXPECTING as Dennis Quaid’s friend, THE LAST OF ROBIN HOOD as George Caldough, Patricia Cornwell’s HORNET’S NEST as Blair Mauney III, DROP DEADDIVA as Dr. Liddell, to name a few).  Read more of Kelley's background and accomplishments. 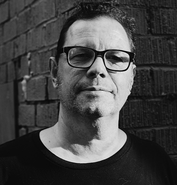 Grant, a 1993  MA graduate in Media Production from Appalacian State, has taught at the Art Institute of Atlanta, the Marymount College of Fordham University, and Kennesaw State University, and has hosted many other online Adobe training courses.  He currently works as a post-production consultant and Adobe Certified Instructor for Premiere Pro and After Effects specializing in editorial, motion graphics, and color grading.
He has trained many corporate editorial teams including CDC, Turner, CNN, and The Federal Reserve Bank in Atlanta.
As a freelance writer, he additionally creates industry articles for Motion Array, Cinema 5D, and Moviola. 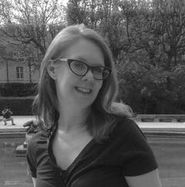 Beth, Brad Hoover's other half, is excited to be a part of ASoF's daily operation and co-owner. She acts as the students' direct liaison and admission coordinator, as well as primary contact for actors used in ASoF productions. When she's not fielding calls or emails for ASoF, or managing it's business, you may find her practicing veterinary medicine,  or raising a rambunctious little boy with Brad in Asheville.